Orders for trees of New Zealand’s newest apple, Dazzle™, have been halted following a huge uptake by growers wanting to plant it.

Fruitcraft Manager, Steve Potbury says it’s time to take a breather and ensure robust systems are in place for Dazzle™.

“We want to meet the strong demand we are already seeing, but we need to ensure we manage the production so that supply doesn’t outweigh demand.

“The response to this apple from the market has been extremely positive and growers have planted the variety more quickly than expected.

“This has really highlighted the potential in this apple variety. Not only are our customers and consumers delighted in the quality, appearance and taste, but growers are excited about how well it has been performing in the orchard.”

Nearly one million trees have been ordered and will be planted by 2021. The production from these trees will result in close to 2 million export cartons of Dazzle™ available from New Zealand by 2026.

“The interest in this new red apple will make it one of New Zealand’s most planted and popular apples,” said Mr Potbury.

Dazzle™ apple is a large, red, sweet apple which has taken 20 years to develop by Plant and Food Research at its research station in Havelock North, and has been licensed to Fruitcraft by the commercialisation business Prevar.

The first commercial volumes of Dazzle™ are hitting international markets this month.

The apple is primarily targeted at Asia, but the response from other regions has been such that fruit will also be sent to Europe and North America.

Quantities this year are limited with around 14,000 cartons exported from New Zealand.

“It’s really exciting to see our first shipments of Dazzle™ hitting the markets. We have developed a strong brand for this new apple and it’s great to see the new packaging rolling out. We have a marketing programme set and have received very positive feedback from international customers.”

The potential for Dazzle™ is high, and the response to the opportunity has been so positive that Fruitcraft has opened up the license to grow and market it to other exporters from New Zealand. Along with Freshmax, Mr Apple and Bostock, Fruitcraft has sublicensed Pickmee, RD8, Taylor Corp, and Golden Bay Fruit to export Dazzle™ grown in New Zealand.

Fruitcraft also has a license with Chelan Fresh of Washington State to grow and market Dazzle™ grown in North America, and other growing territories around the world are being considered for licenses. “We’ve had a lot of interest from Europe and expect to be licensing a marketer in Europe to grow Dazzle™ in the near future,” said Mr Potbury. 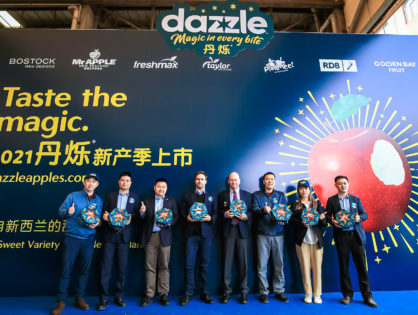 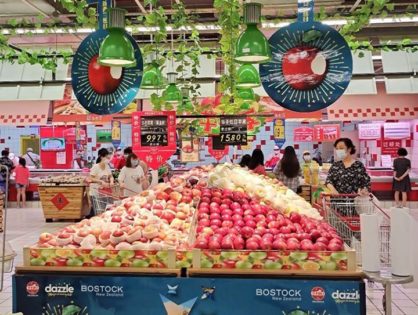